Hiyas! Today I've decided to write up a brief tutorial/walkthrough on how I painted my Stana Katic painting because I love tutorials haha.

Remember where you put your damn notes for the entire tutorial otherwise you have to write the whole freaking thing on the fly.. like me. Yay! OK, so, the real step one is; find a victim. 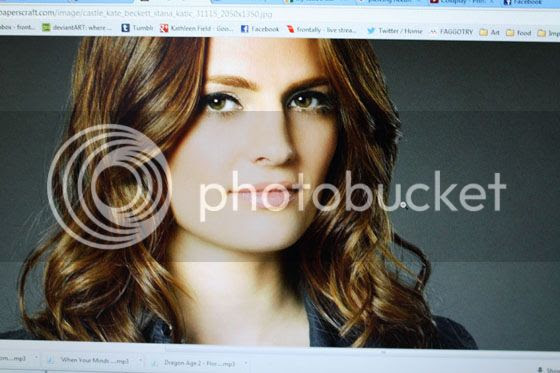 In this case it's Stana Katic because jfc she's beautiful and also Castle. 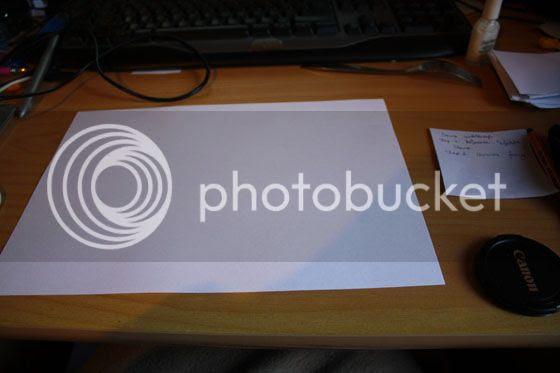 Get some blank paper for th'sketchin'. 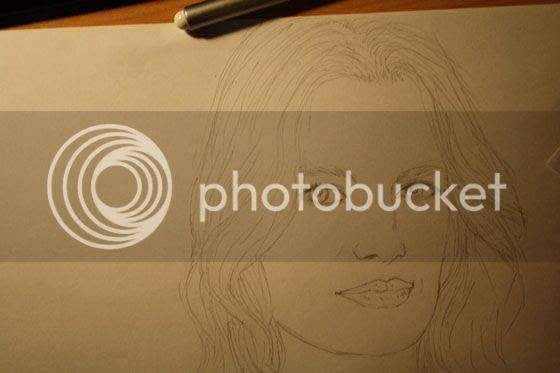 Sketch that shit, man! It doesn't matter how perfect it is because the lines are going on canvas, and you're probably going to revise it about a hundred times after it gets there anyway. 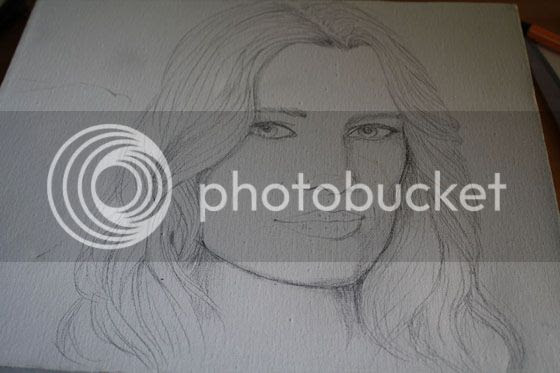 Transfer it onto your canvas.  Originally I was going to do a line ink and watercolor picture but when I realized that I couldn't really erase off the canvas I decided to just go with pencil lines. It seems to have worked out in the end anyway. 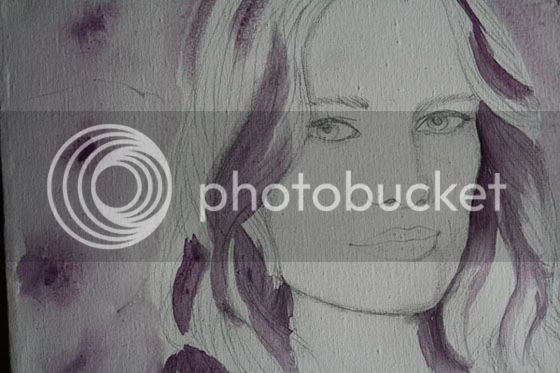 First preliminary colors. I decided I want a purple background, so I went ahead and splashed that on there, and then I added it to where the shadows on her hair will be. It didn't look much like Stana anymore at this point, but I perservered, just so I could at least say that I finished the damn thing! 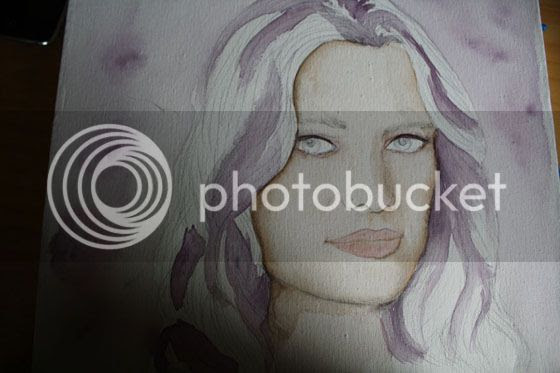 Unfortunately as I got more into the painting I missed taking photos of some of the steps because I was pushing forward so quickly, but here you can see that I added the skintone (which is just watery burnt umber, with a tiny hint of yellow and red to make it more orange.. went overboard on the red so I had to burn it out with green, which is the complimentary color, which is a nifty little trick for all you painters out there!) I also added the lip color, and used the same dark purple to line out the eyeliner on her upper lid. I'm still not satisfied with the lip color, it's too pink, and I made the mistake of adding white to it, which really seems to opaque it out, so I might go back and make some adjustments to that at a later date. 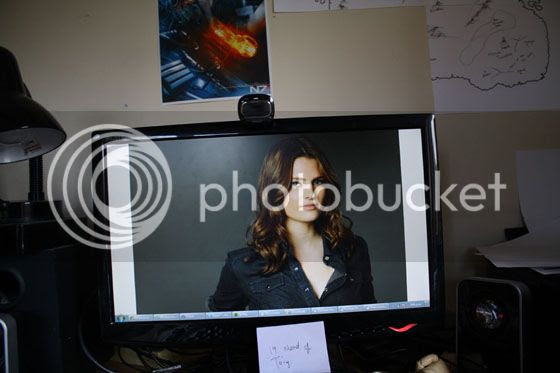 Look at your reference again. Take a good, hard look. Wipe up some of that drool and continue.

Starting to get some more detailed shadowing here. Really trying to define her lips, get that Stanamouth going. 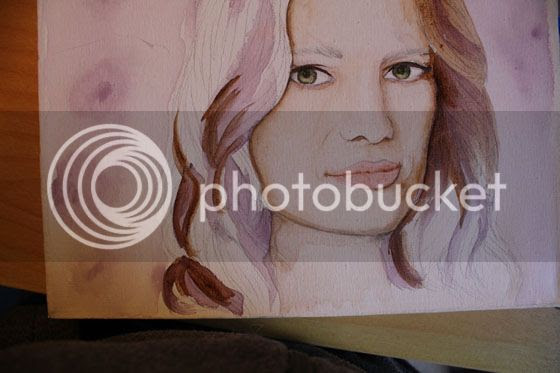 Added in the eyes, started on the hair. I ended up making her eyes a bit too green, so I'll need to go over that as well (perils of painting at night!)

And an eye closeup! 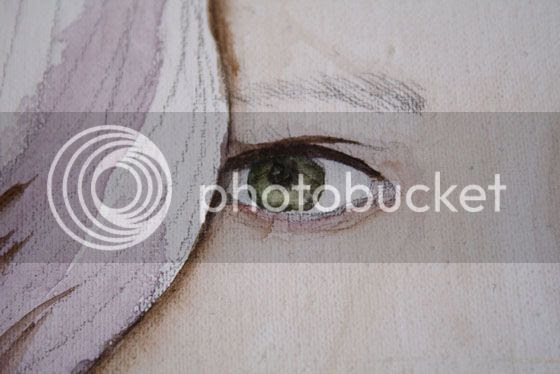 Step back, a view from a distance 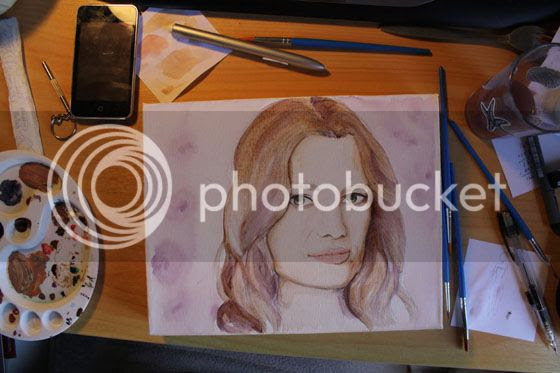 And the first 'finished' version!
here!

After that, I decided that the background really didn't hold the figure onto the paper very well, made a revision to that, and then went over some of the shadowing as well to get it just that little bit further. Here is the final, and a detail shots of my favorite part of the shadowing 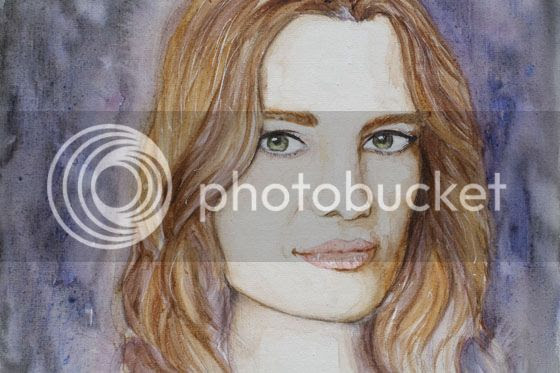 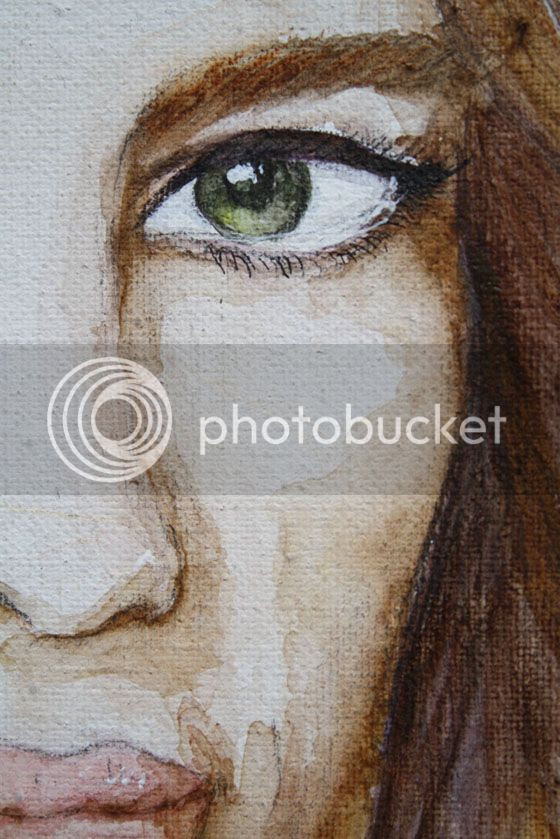 Posted by frontally at 18:24 No comments:

I don't even know where to start, so we'll start at the beginning. So, I like to cosplay, but I'm really bad at it. Halfassed cosplays started in September. But this time I decided I was going to break the pattern and make the best cosplay I've ever made! And that means Shepard.

Because I love Mass Effect. Like, I really love Mass Effect. Like holy shit Shepard why are you so cool. If I weren't already a raging lesbian you would make me question my sexuality. (Sheploo does not exist in my universe, just so you know. Sometimes I forget you can even play as male Shepard.)

So, Shepard. I spent a week or so trying to figure out where I could even get EVA foam from- that is Ethylate Vinyl Acetate (I thiink) cloased cell foam, used for flooring mats, camping mats, you name it, they use EVA for it.

I eventually found some on trademe- which turned out to be listed from Hammer Hardware in Te Atatu. Ha! So, I picked up a 4pack of foam mats for $20. Not baad.

My next  mission was to find some templates or, erk, design some of my own. Thankfully the 'Replica Prop Forum' aka my new favorite place on the internet had some handy dandy tempates ready to scale and print.


I had some issues with the scaling- the templates didn't really seem right to me- they felt waaay too squat, but I rolled with it, assuming that that was how it was supposed to be.

Still looking somewhat squat.. but I trusted in it, cut the pieces out, heat molded them and let them sit for a day while I fully skylarked.


And then I came home the next day, made a couple of revisions and glued the bits together.


Hey look, now I have a derpy front piece!
I need to get my hands on a dremel to sort the markings out, and I'm considering reforming it when I can get my hands on a heat gun or some such (come ooon tax refund!) but for now, I'm satisfied enough to move onto the next piece.


This first piece has taught me a lot though, I think next time I will try and heatform all of the pieces together so I don't get any weird buckling, and make sure they are cut more exactly to each other. Watch where I'm hot glueing, and make sure not to make too much of a mess of that haha.


Anyway, you live and you learn! I won't be surprised if I end up redoing this piece at the end.

Posted by frontally at 21:36 No comments:

one piece of art I'm really proud of at the moment, is my Gypsie picture, which is somewhat of an illustration of a story I have in my head. At the suggestion of Becky, I made a walkthrough/process for my painting. At least, I think that's what she suggested but I'm way too lazy to check g+. Because that's just how I roll.

frontally
21 year old barista with a penchant for drawing and the finer things in life. Also, bawws.